My Writing Life - When it Rains... 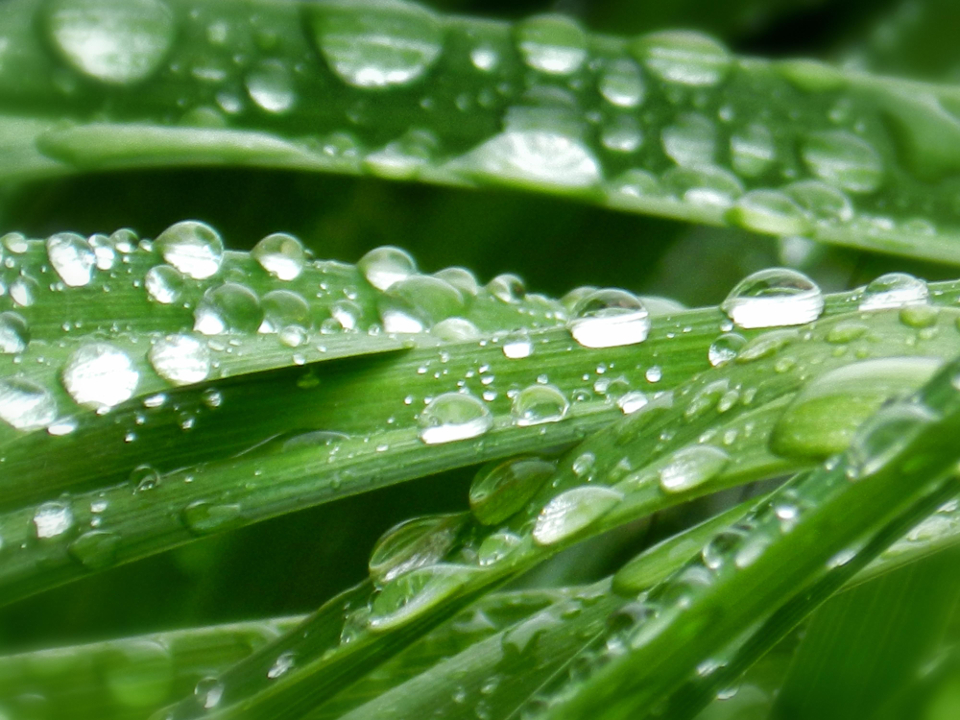 Words are for writers as Rain is for plants

While I sipped coffee this morning and looked out the French doors to our small deck, I noticed some small bees hovering over the Sweet Autumn Clematis that climbs up the posts and railings every year. I'm not sure what attracted them, but I did notice the vines are sporting a few flower buds that have not opened. Perhaps the bees are anticipating the cascades of tiny fall blooms.

In September, the vines always attract honeybees, bumblebees, and other types of wild bees. They are one of the reasons I don't use pesticides around the house or yard.

It's very early in the year for the Sweet Autumn Clematis to bloom however. I can't ever remember seeing buds in August before and this is only the end of the first week. These vines are rather old actually. When the previous owner of this house put it on the market, the Realtor told the owners to add some shrubs and flowers to make the place more attractive. There were no vines that September, but the following year they spent the summer climbing and produced a glorious bloom just before October.

Normally, I begin to see buds around the second week of September. These vines are not planted in an ideal location for clematis. It's full shade on our back deck for all but one or two hours in late afternoon, so it takes longer than most for them to bloom.

Maybe the weather had something to do with it. I don't know for certain. We've had an unusual amount of rain this summer. Hardly a week has gone by when we didn't have a substantial amount of rain and it shows. Here it is in August and our lawn is still green (I don't water it) and no signs of turning brown either. The ninety-nine cent hosta growing in the lily-of-the-valley flower bed is more than six feet in diameter this summer. The pachysandra has overgrown it's designated patches by several feet all around.

When it rains, things grow.

Last week I stopped by my favorite farm stand to see what fresh veggies were available. The heirloom tomatoes were full and plump and very tasty. This farmer is known far and wide for his sweet corn and it's no wonder. This year the ears are longer and thicker than usual. Heavy and full of plump kernels that pop juicy deliciousness when you bite into them.

Did you know that if you walk into a corn field after a good rain and stand perfectly still, you can hear the corn grow? It's true. I've done it and heard it. Corn grows very fast. In hot weather after a rain, it can grow eight inches or more in a single day. It's a whispering sound with a slight crackle to it. At night, as the leaves and ears push out from the stalk, there's another sound that is more like a squeak.

Pick a warm, humid afternoon or early evening when the air is still. Find a field full of growing corn and stand next to it and listen. Tick. Crackle. Snap. Squeak. Yes. That is the corn growing. If you can get permission, walk into the field and listen. It's almost eerie.

When it rains, the farmers are happy.

They are predicting another quarter to half inch of rain this later week. It reminds me of another summer when we didn't have so much, but one particular week there were strong storms predicted.

The picnic at our church is an annual event of considerable proportion. Anywhere from five hundred to a thousand people. Games for kids and adults. Entertainment for all. Door prizes and raffles. Pigs on spits. Roasted corn. Enough cold salads and other foods brought by everyone to share and kept cold in custom-made ice tables. If we lined them up end to end, they would stretch about a hundred and twenty feet. We buy about fifteen-hundred-pounds of ice.

I heard the weather report for the picnic weekend on Saturday night. The next morning at the conclusion of services, I stood nearby to ask our Pastor to pray for good weather. As I did, others were approaching him to say good morning or chat for a moment.

Our community, though it is grown considerably in recent years, has it's roots in farming and the agricultural industry that surrounds it. As I stood there waiting my turn, I listened as farmer after farmer approached the good man and asked him to pray for rain.

Finally everyone was gone and he turned to me."Well Michael, how is the picnic coming along?"

Of course, everything was on schedule and barring anything beyond the usual small hiccups, the picnic was destined for success. Unless it rained.

He laughed and told me everything would work out.

We always set up on Saturday evening and a couple of guys would sleep in the park to ensure that nothing disappeared and to help out when the man who roasted our pork arrived at two in the morning to start the charcoal and the spits.

Saturday it rained. Saturday evening we set up in the rain and covered everything that wasn't under a tent with tarps. And it rained and it poured. The wind blew and in the morning all the tents were sagging and the rain kept falling.

The more it rained, the more my hope for a successful picnic waned. Then about ten in the morning it just stopped. The sun came out and heated the air with warm humidity and it smelled delicious with roasting pork and charcoal and the sweet sugary scent of cotton candy. There were still plenty of clouds and the patches of blue were far between.

But for the next six hours, the sun shone. A special service in the park followed by good food. We laughed and had a good time. Weeks of planning and preparation and the hours of hard work by volunteers came together in fruition once again to make a successful picnic.

Then as the crowd thinned out and plenty of people took home zipper bags of leftover food, the clouds darkened. We finished the park clean up about seven in the evening in the pouring rain.

Father told me the picnic was another huge success. I was just amazed by the timing of that pause. There were times I was certain that man had a direct line and... Two days later, the news anchors were talking about the brief respite of the drought we were experiencing and how it may have saved the crops that year. 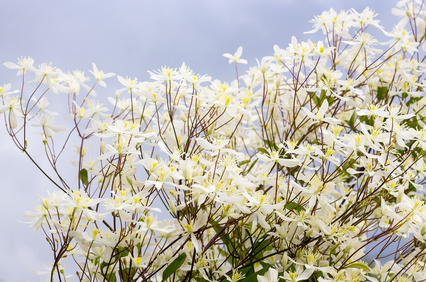 Like the industrious bees that gather on the flowers of my clematis vines, there is a quiet buzz of beauty about the flowing of words. If you listen to the rain, you can hear the corn grow and the bees buzz and see the cascade of glory that follows the summer and enjoy the bountiful harvest. The words form into sentences without much effort and come together in paragraphs to make something beautiful out little more than sunshine, rain, and air.

Maybe this afternoon I'll sit on the deck and write. The bees won't mind and they make for good company and inspiration as long as you don't try to pet them. And anyway, it isn't supposed to rain...