My Writing Life - Looking Back 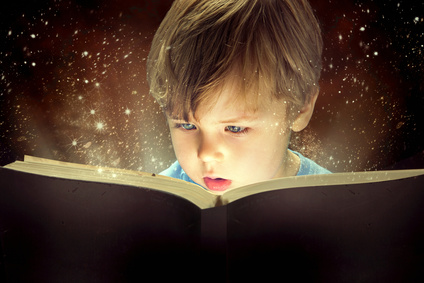 Before I started kindergarten, I wanted to read. As a child of Small Town America in the middle 1960s, learning to read happened in school and not at home. Worry about school diminished when Mom explained I would learn to read. Finally. Until then, I often tried to imitate my father's fine, tiny script, but the words in my mind just didn't correspond to the scribbles on the paper. These were my very first attempts at putting thought to paper.

You cannot imagine my utmost disappointment when, on the very first day of kindergarten, Ms. Teach informed me I had to wait until First Grade to learn to read.

How could anyone discourage a young, inspired student with an unquenchable desire for knowledge? Ms. Teach had twenty or more energetic five- and six-year-old children to manage, no easy task, I am sure. As I look back, I wonder if the school systems of today still squelch inquisitive young minds by slowing them down or discouraging them from using their imagination.


Yes. Teachers and the education system in general appear to discourage imagination and require conformity. Nap time, a period my mother had long since abandoned, was pure torture, but I laid there quietly without moving to avoid retribution—staying inside while everyone else went out for recess.

My only solace came from story books and the bright, colored pictures that accompanied the text. As I leafed through them, the stories told by the pictures leaped off the page, formed by my young, imaginative mind.

Perhaps, I think to my older and wiser self, maybe that was the very beginning of my writing career.

First Grade brought the ABCs, the first words, and the first books. “See Spot. See Spot Run. See Jane. See Jane run.” Although endlessly repetitive, I was reading. We also learned about numbers and the very rudiments of arithmetic. We had art and other subjects, but I don't recall the others after more than fifty years. Time has blunted all but the best and worst moments of that time in my life.

No one would call me a model student. Nothing moved fast enough for me and I constantly fidgeted in my seat—old desks with a shelf under the chair, a hinged lid, the inkwell hole with no ink, and a groove for your pencil. Those old wooden desks with the oiled wooden top were perfect for doodling on paper by a distracted, burgeoning young writer.

Looking back, I can remember wanting to scream out the "A" sound (long and short, let's not forget) just so we could move on to "B" and so forth, get to "Z" and on to the next thing. What bureaucracy imagined for one instant that sounding out the alphabet every day for six months taught anyone anything except boredom and conformity?

Seriously. I just wanted to read.

Second Grade in a new town, in a new school (Private. Thank. You. God.) It was like I gone to heaven. Still Small Town America, but a vastly improved structure for a kid like me.

Sister recognized almost right away that endless repetition wasn't good for me. She gave me little things to do while the rest of the class practiced arithmetic tables and the art of cursive writing at the blackboard. And lest you think Dear Reader, that my escape left me somehow deprived through lack of constant repetition, know that I seldom forget anything after having written it just once.

Near the end of the first semester, on the way to the drinking fountain ("The Bubbler" for you Wisconsinites) I saw a poster for a speed reading class and stopped in my tracks.

The good sister noticed my curiosity and asked if wanted to try? Of course I did! It was reading. Right?

Well. Not exactly the same as reading, but to delve into that would lead to a digression far too expansive for this medium.

First she talked to my parents who wondered if the class meant for older students (fourth grade and beyond) was appropriate for a kid my age. Given permission to further pursue the matter, the next step had Sister convincing the teacher who ran the class. At the start of the second semester, I found myself in a small classroom after school with half a dozen older students learning to read faster and better comprehend what we were reading.

I ate it up like a piece of favorite cake and looked for more.

Again, Sister that noticed the books in the 1-3 section of the school's library held no interest for me. Another talk with my parents. A talk with the librarians. Permission granted for free access to whole amazing world of books. At least, those in our K-12 school library.

I cannot possibly describe the awe I felt as I perused, for the first time, far reaching topics like earth science and energy and mathematics that described things I already thought and wondered about. The first time I took a stack of books (six instead of the allowed two) to the desk to check them out, Ms. Librarian called the good sister over and showed her what I wanted.

Fear bubbled up that my new privileges were about to face revocation, but Sister assured Ms. Librarian that no harm would ensue if they were truly beyond my ability or understanding. What a godsend this woman was to me.

She had her challenges with me. We learned about where our food came from and one interesting food was eggs. There was a little incubator with three eggs in it. They hatched. Everyone watched the fuzzy little chicks for a few days until they went back to the farmer who loaned her the eggs. You could eat the eggs, or you could eat chicken. Yes. In the 1960s, we understood where our food came from.

One of the kids asked why the eggs bought from a store didn't hatch into chicks. Sister explained that a rooster had to plant a seed in them for that to happen. It was a good answer for a second-grade class and satisfied almost everyone. No further explanation necessary. Except...

If the shell is hard, how does the rooster get the seed inside? Does it happen before or after the hen lays the egg? And...

My hand shot up and waved furiously all by itself. Sister called on me.

"How does the rooster put the seed inside the egg inside the chicken?"

Her mouth fell open. Not for the last time, I had rendered her speechless. A long silence followed and the other kids began to look at me. She regained her composure and said something, I don't recall what, but it had little or nothing to do with my question.

My father got a phone call that night. Suffice to say, an age appropriate tutorial took place and satisfied my curiosity. Years later I would learn that he told Sister, "If you aren't prepared to answer that question, maybe you should avoid that particular subject."

Nothing is a constant except that life goes on. Second grade ended and Third Grade began. A new teacher. New challenges. I suspect the good sister had a chat with my new teacher, also a nun about the same age and of similar disposition.

Most of the endless repetition began to give way to true learning. No more cursive writing practice or endless recitation of addition and subtraction tables. We had multiplication and division to learn, but we spent far less time on rote learning and more on application.

One of our first third-grade projects was a little booklet. A few pages of blank writing paper, folded in half with another piece of construction paper for the cover, all held together by glue. Bold titles in colored pencil. She showed us how to outline large printed letters and fill them in with colors. Inside we wrote or drew whatever we wanted.

We completed the project over several days. A day or so later, she brought me a few pieces of construction paper and more blank white pages. "You liked making the little book, didn't you? Make some more."

Something to do when the class grew repetitious or boring. I always paid attention because my ravenous thirst for knowledge knew few bounds. When you already understand or know the topic, it isn't all that hard to keep to track while you work on something else.

I don’t know how many of those little booklets I created. They all had between two and five sheets of paper, usually filled cover to cover in my not-so-neat cursive script. The classroom had a radiator inside a metal louvered cabinet that ran the length of one wall. By the end of the first semester, my booklets covered it from one end to the other. Sister sent them home with me at the Christmas Break and I started over in January.

That box of booklets was lost. I don’t know how, only that it disappeared sometime between the end of third grade and my fortieth birthday. How cool to look back at my young imagination and read about the science that I learned reading library books, stories I imagined, and anything else that my imagination or real-world experience demanded of me to express on paper.

Those two teachers opened a new universe. I wish that somehow I could tell them how much I appreciate what they did for me. They are long gone from this world into the next, I am sure, but the world they opened for a restless kid has never stopped expanding, and for that I am eternally grateful.